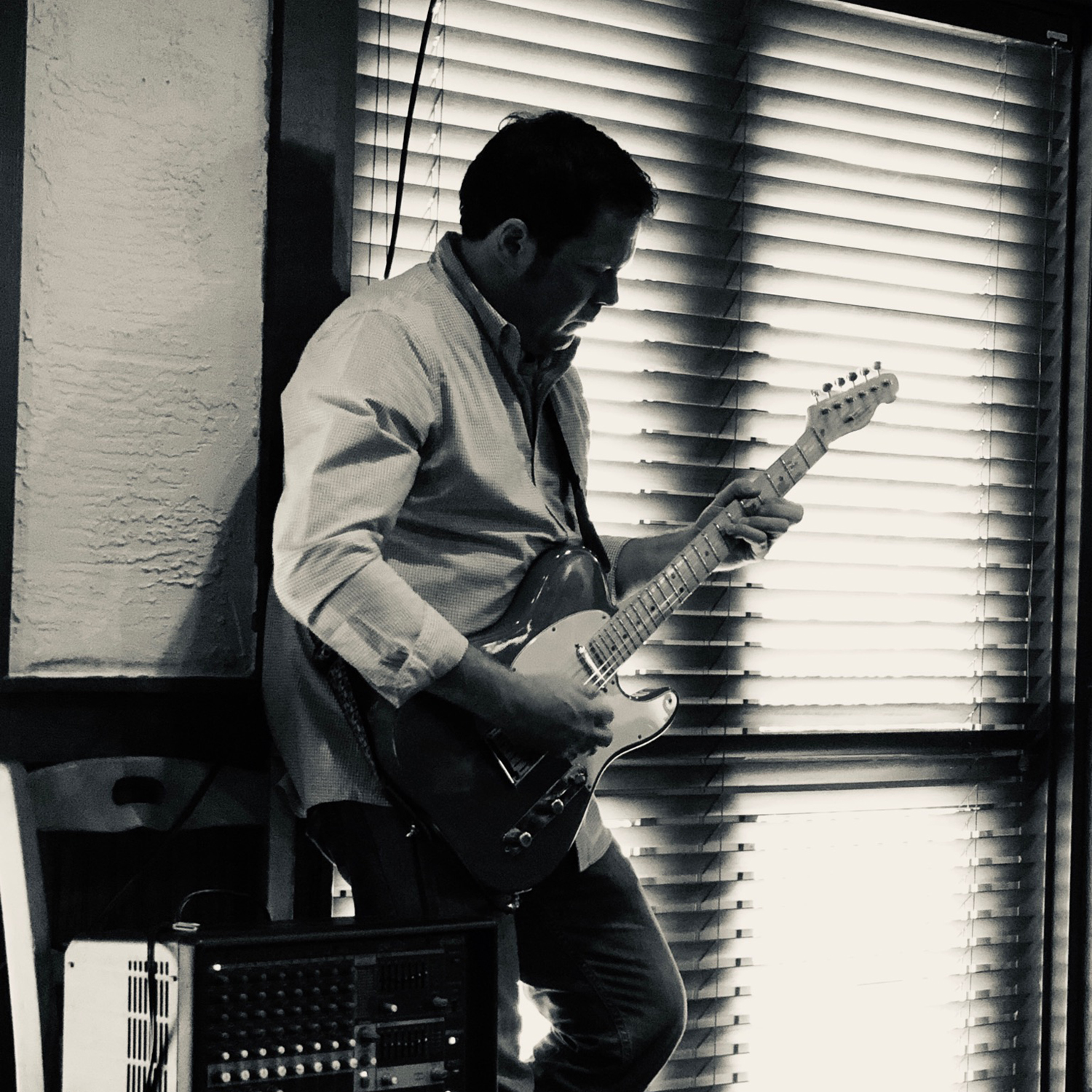 Jason Allwood is the lead singer and guitarist of Central Blues Co., a blues trio based in Columbus, Ohio. They play anything from Jimi Hendrix to Stevie Ray Vaughan, and including original music, and pride themselves on meticulous and powerful guitar solos with a tight rhythm section. Their debut self-titled CD was recently named the 2018 “Best Self-Produced Blues CD” in Columbus by the Columbus Blues Alliance. Jason also provides lead guitar and background vocals for the Jason Allwood Band, and can be found soloing throughout Central Ohio. The [blue/fish] Boost was designed in partnership with Jason as a “desert island” pedal for blues guitarists. Special edition co-branded [blue/fish] pedals are available at CBC shows. For more information about Central Blues Co., click here to visit their Facebook page.

James Harker is the lead singer and guitarist of Ghost Soul Trio and Spirit of the Bear, two bands specializing in indie rock and pop music with an experimental flair. Ghost Soul Trio has played throughout Columbus, from Rumba Cafe to Express Live! Their 2019 debut album ‘Too Many Futures’ was described by Columbus Underground as “a set of infectious, glimmering tracks. Irresistibly fetching.” With a combination of ethereal soundscapes and driving guitar interludes, the album showcases the band’s sonic versatility and fondness for experimentation in James’s guitar playing and the band’s overall production alike. Find out more about James’s projects at ghostsoultrio.com and spiritofthebearband.com, or on Facebook, Twitter, and Instagram. Photo courtesy of Mitchell Multimedia.