Shortly after the first run went up for sale, I had a long talk with my dear friend Sean at Lollygagger Fx about the Piccolo Falsetto. To level with you, Buzzers, early sales were disappointing. This circuit is something I’m quite proud of, and its versitility make it very usable to a lot of guitarists. Sean owns one, and during our conversation he told me “stop calling it a Rangemaster. That’s your problem.” Friends, that advice really made me rethink how I’ve presented the Piccolo.

During the development process, it’s easy to get tunnel vision. The Piccolo began with a Rangemaster circuit on the breadboard, and that stayed in my mind throughout the design and release. But what is the Piccolo if it’s not a Rangemaster varient? Maybe it’s time I gave you a proper walk through of my germanium overdrive.

All of these settings mean veritility to the user. From warm boost to overdrive to borderline fuzzy tones, the Piccolo Falsetto offers a wide range of tones – check out the demonstration videos below for some examples. Use it as a boost. Use it as a drive. Use it as a light distortion or vocal fuzz. Just don’t call it a Rangemaster – that last note is more for me than for you.

For a complete run down of controls and features, check out the online manual. 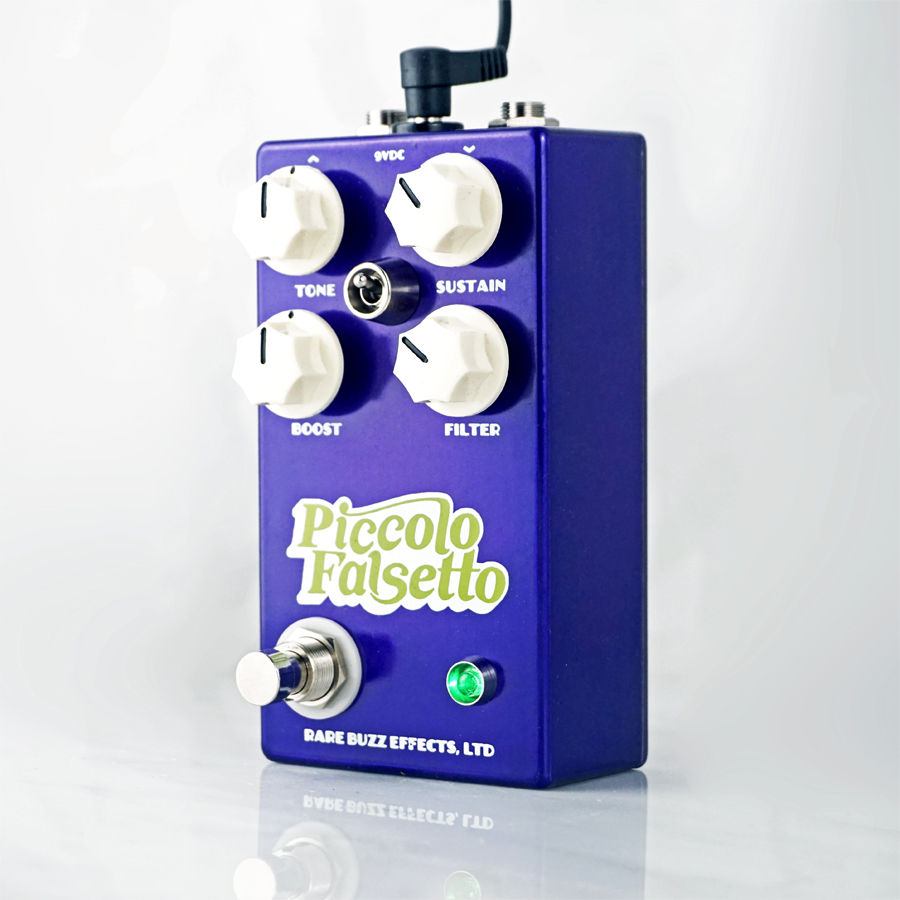 The Piccolo Falsetto is the culmination of over a year of development at Rare Buzz Effects. Featuring a MOSFET input stage, a passive guitar pickup simulator, a surplus Soviet transistor primary gain stage, selectable filter and voicing, and a discrete output buffer to preserve signal integrity to the next pedal or amplifier.

The Piccolo Falsetto is available here in the rare buzz effects webstore, on Reverb, and throughout our dealer network while supplies last. Due to the rarity of some components used in the piccolo falsetto, supplies may be limited. please join our mailing list to be notified when more become available.